Mariette van der Meer is a visual artist who lives and works in Breda, the Netherlands.
She is a graduate of the AKV St Joost in Breda. 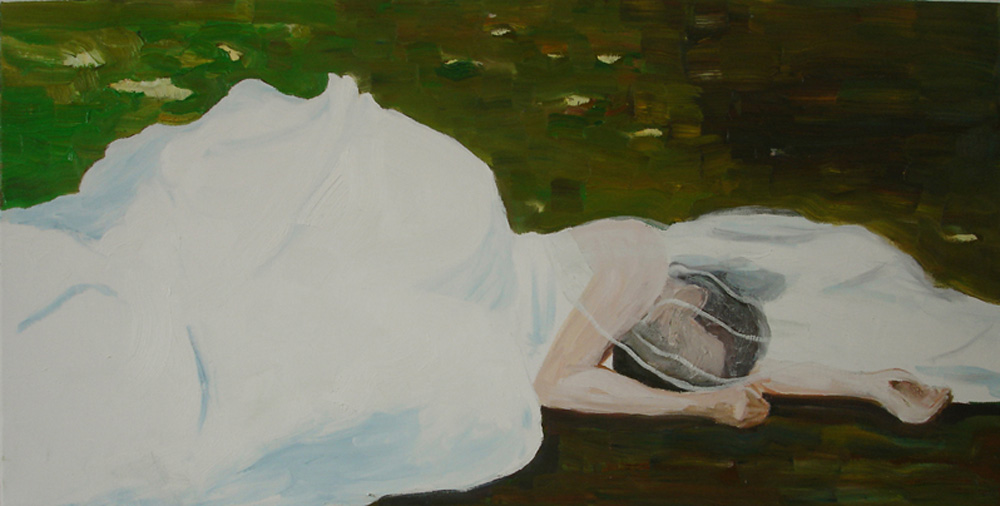 Nothing is what it seems, gathering consciousness, means making sacrifices.
When I want something at any risk, I lose something else.
Finding the eternal tension and crossing boundaries.


Telling the world that I have high morals and conscience and act in the name of love.
Instead of this I intimidate and hurt ..
Insisting that it is all true what I think, say and do, just fooling myself by repeating it.
Every self-inflicted limitation or limitation from my environment is eliminated.
Self-interest and selfishness, this, because I supposedly want to move forward.
It gives a feeling of power, control, special attention, confirmation
and it puts me in an addictive daze. Until I get caught and end up in the courtroom,
or look into the eyes of my victim(s), then well, then I would rather not partake in self-reflection.
Rather insist, it wasnt so. It wasnt like that. It may have seemed so, but it wasnt 

The costly price which has to be paid.
This idea is described in Faust from a state of consciousness.
In Faust we are aware of the choice. 'The soul must be surrendered in return of the received powers.'
Although eventually when the time comes that the soul must be given up,
it still seems as though it is not expected.

Stills from movies and detectives are the sources of inspiration. 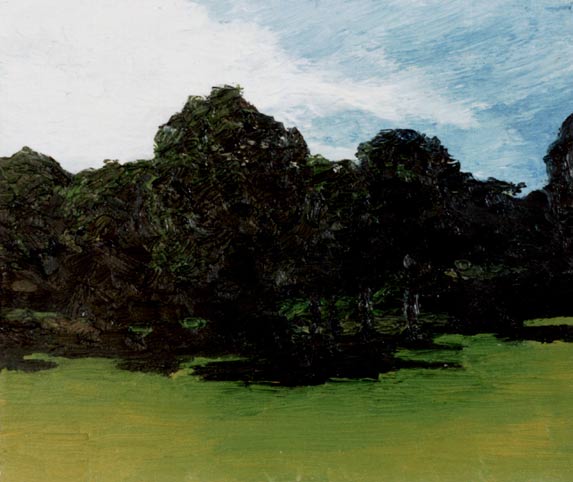 Meeting I. Oil on canvas

The moment of encounter has yet to take place.
I look around and see a landscape, a building, but I am not really aware of it.
Its the road to it, I am still lost in thought.
My consciousness isnt really focused on the environment.
I can only be focused when I am with the other one.